The biggest names in freestyle music,  including Grammy Award Winner Jody Watley, The King of Freestyle Stevie B. and The Queen of Freestyle Lisa Lisa collaborate to perform popular rhythmic dance hits during the “Super Freestyle Explosion” at Wells Fargo Center on Saturday, August 27.

Tickets will go on sale on Friday, May 13th at 10 a.m. exclusively through ComcastTIX online at ComcastTIX.com, by phone at 1-800-298-4200 or in person at the Wells Fargo Center box office.

The tour also includes pop groups Exposé, Stacey Q,  The Original Cover Girls  and freestyle artists Connie, Noel , Lil Suzy and Nocera. This lineup influenced the 80’s with their style of music which remains widely popular and in rotation with today’s hits.

Jody Watley hits include “Looking For A New Love”, “Real Love”, “Everything”, “Don’t You Want Me” and have earned her the prestigious honor of receiving a Grammy Award

Singer, songwriter and producer Stevie B who was influential in the Latin freestyle music scene of the late 1980’s, is best known for his No. 1 ballad “Because I Love You” along with his mega hits…”Spring Love”, “Party Your Body” and "Dreaming of Love "

Lisa Lisa rose to fame with certified Gold single, “I Wonder If I Take You Home,” along with other huge songs like “Can You Feel The Beat”, “Lost In Emotion”, “All Cried Out” and "Head to Toe" which was released along with her band Cult Jam.

American vocal group, Exposé achieved much of their success in the late 80’s and early 90’s when they became the first group to have four Top Ten hits on the Billboard Hot 100 chart from their debut album including their No. 1 single “Seasons Change”. 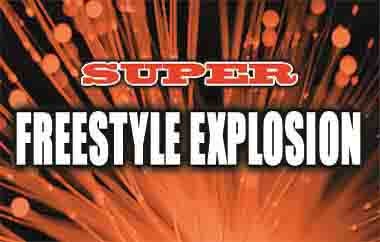