Akron, Mississippi State,Toledo and University of Alabama at Birmingham to compete in the early season “Barstool Sports Invitational” at Wells Fargo Center in Philadelphia

Dave Portnoy and Dan “Big Cat” Katz to call the game during the exclusive broadcast on Barstool.tv

Tickets go on sale Thursday, September 22 at 10am ET

Barstool Sports will be producing its first men’s college basketball tournament, the ‘Barstool Sports Invitational,’ on Friday, November 11 live from Wells Fargo Center in Philadelphia, PA. The early season match-ups will take place between Toledo and the University of Alabama at Birmingham at 5pm ET, and Akron and Mississippi State at 7pm ET. Fans will have the option to  attend the games in-person, or watch the exclusive broadcast on Barstool.tv.

Tickets go on sale Thursday, September 22 at 10am ET and can be purchased at barstool.link/cbb-invitational.

From basketball to football, boxing and beyond, Barstool continues to revolutionize the live sports broadcasting experience with a unique formula that can’t be replicated on any other platform.

Furthering its influence on the Gen Z audience, Barstool dominates when it comes to college sports content. In December, the Barstool engine will be behind the full production of the ‘Barstool Sports Arizona Bowl,’ radically altering how fans consume college football. Each week, the Barstool College Football show draws in fans across every social platform to watch Dave Portnoy, Big Cat, Kayce Smith and Brandon Walker dissect all the major college games of the week. 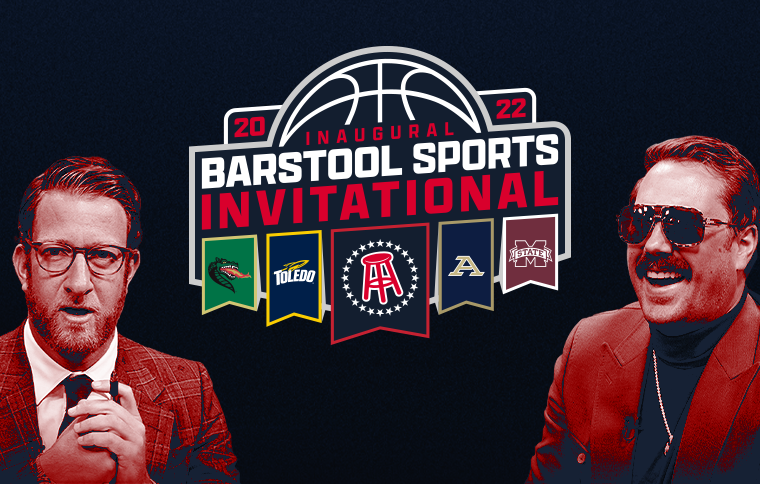