Bruce Springsteen and The E Street Band will kick off their 2023 international tour with 31 performances across the United States; spanning from February 1 in Tampa, Florida through an April 14 homecoming in Newark, New Jersey before heading to Europe. The shows will mark Springsteen and The E Street Band's first tour dates since February 2017, and their first in North America since September 2016.

Larry Magid Presents Bruce Springsteen and The E Street Band coming to Philadelphia on Thursday, March 16 at Wells Fargo Center. Tickets go on-sale Tuesday, July 26th at 10am through WellsFargoCenterPhilly.com. There is a 4 ticket limit for reserved seats and a 2 ticket limit for the GA Floor (standing) tickets.

European dates for the 2023 international tour were announced in May and over 1.2 million tickets have already been purchased across the continent, with many cities adding second or third stadium shows due to popular demand. At the conclusion of their European run, which is scheduled for April through July 2023, Springsteen and The E Street Band will begin a second to-be-announced North American tour leg in August. Tour dates in the UK will also take place next year, with cities and shows to be announced very soon.

Springsteen and The E Street Band's most recent studio album, 2020's 'Letter To You' (Columbia Records), marked their first time recording live together in decades and debuted at #1 in eleven countries. Their most recent tour, The River Tour in 2016-2017, was named 2016’s top global tour by both Billboard and Pollstar. 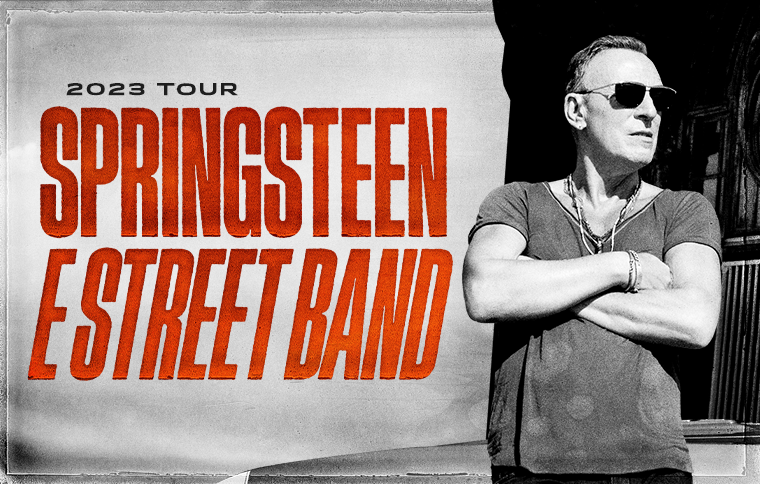