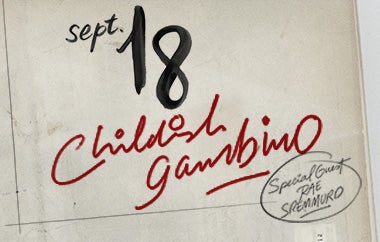 TICKETS GO ON SALE ON MARCH 9 THROUGH WELLSFARGOCENTERPHILLY.COM

Tickets go on sale on Friday, March 9 at 12 p.m. exclusively through WellsFargoCenterPhilly.com or by phone at 1-800-298-4200 or in person at the Wells Fargo Center box office.

Childish Gambino’s last live music production, "PHAROS,” was a runaway success in 2016. The highly-acclaimed performances took place in Joshua Tree, California, where Gambino debuted songs from his third studio album "Awaken, My Love!" The performances were recorded and later accompanied the vinyl release of the album, along with a VR headset and an app that allowed owners to access the “PHAROS” performances. The critically-acclaimed, certified gold album was nominated for Album of the Year and Best Urban Contemporary Album at the 2018 GRAMMY Awards, while "Redbone" won for Best Traditional R&B Performance and received nominations for Record of the Year and Best R&B Song. 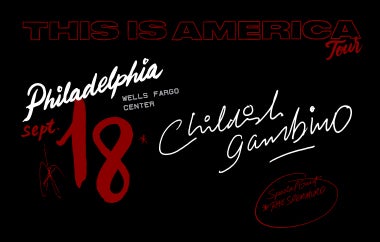