Due to popular demand, legendary, GRAMMY-award winning band Fleetwood Mac adds a second stop on their North American Tour at Wells Fargo Center on Friday, March 22. This is in addition to their Friday, April 5 performance.

Tickets for the March 22 event will go on sale on Monday, November 12 at 10 a.m. exclusively through WellsFargoCenterPhilly.com by phone at 1-800-298-4200 or in person at the Wells Fargo Center box office.

“Fleetwood Mac has always been about an amazing collection of songs that are performed with a unique blend of talents. We jammed with Mike and Neil and the chemistry really worked and let the band realize that this is the right combination to go forward with in Fleetwood Mac style. We know we have something new, yet it’s got the unmistakable Mac sound,” said Mick Fleetwood.

“We are thrilled to welcome the musical talents of the caliber of Mike Campbell and Neil Finn into the Mac family. With Mike and Neil, we’ll be performing all the hits that the fans love, plus we’ll be surprising our audiences with some tracks from our historic catalogue of songs,” said the group collectively. “Fleetwood Mac has always been a creative evolution. We look forward to honoring that spirit on this upcoming tour.” 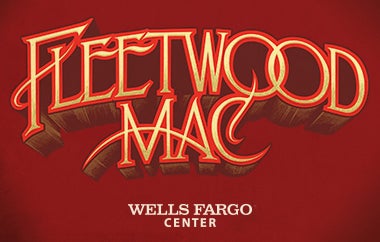