Tickets will go on sale on Friday, November 11 at 10 p.m. exclusively through WellsFargoCenterPhilly.com, by phone at 1-800-298-4200 or in person at the Wells Fargo Center box office.

Meek Mill’s Philadelphia performance comes on the heels of the release of his new album Dreamchasers 4. It is available to stream now on Spotify and Apple Music. The 14-track offering features guest vocals from the likes of girlfriend Nicki Minaj, Pusha T, Young Thug, 21 Savage, Lil Uzi Vert and French Montana. It's the latest in a series which began with the first Dreamchasers mixtape in 2011. Dreamchasers 2 came in 2012 and Dreamchasers 3 was issued in 2013. 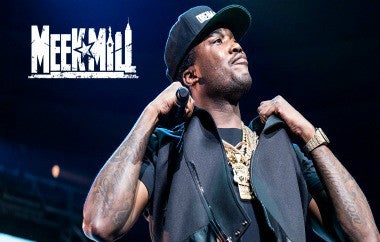