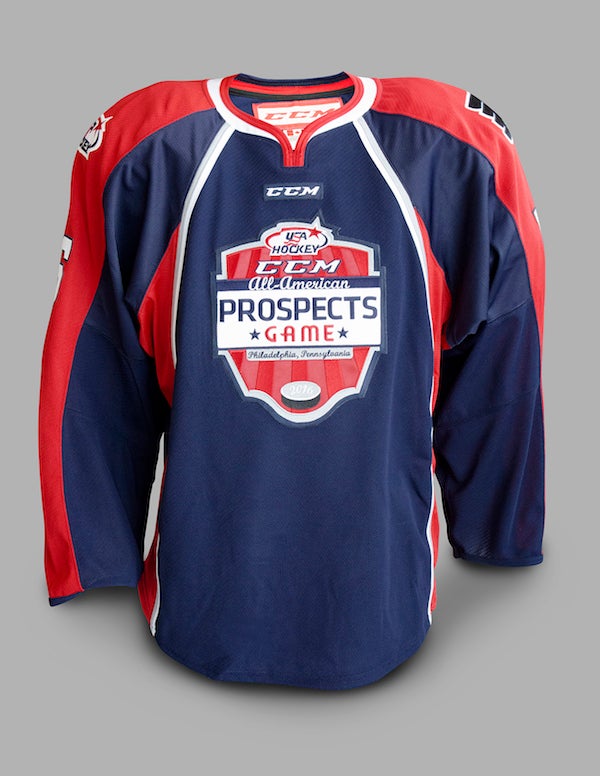 USA Hockey revealed today on Instagram and Twitter the jerseys that will be worn at the fifth annual CCM/USA Hockey All-American Prospects Game. In addition to the jerseys, the CCM-designed uniforms include gloves, helmets, pants and socks for Team Howe (Blue) and Team LeClair (White). The game is slated for September 22 in Philadelphia at Wells Fargo Center, home of the NHL’s Philadelphia Flyers.

Tickets are on sale now exclusively through WellsFargoCenterPhilly.com, by phone at 1-800-298-4200 or in person at the Wells Fargo Center box office.

The event features 42 of the top American-born prospects eligible for the 2017 NHL Entry Draft. Of the 42 players named to this year’s game, 35 appear on the 2016-17 NHL Central Scouting Futures List, which highlights players that have potential to be selected in the first three rounds of the draft.

For more information on the CCM/USA Hockey All-American Prospects Game, or to purchase tickets, visit AllAmericanProspectsGame.com.