Multi-platinum selling rock band Kings of Leon are set to bring their 2017 tour to Wells Fargo Center on Thursday, January 19.

Tickets will go on sale on Saturday, October 22 at 10 a.m. exclusively through WellsFargoCenterPhilly.com, by phone at 1-800-298-4200 or in person at the Wells Fargo Center box office.

The Grammy Award winning group also announced a U.S. tour this morning on NBC’s TODAY where they performed their new single “Waste A Moment” for a packed courtyard audience. 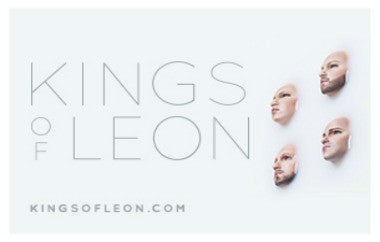