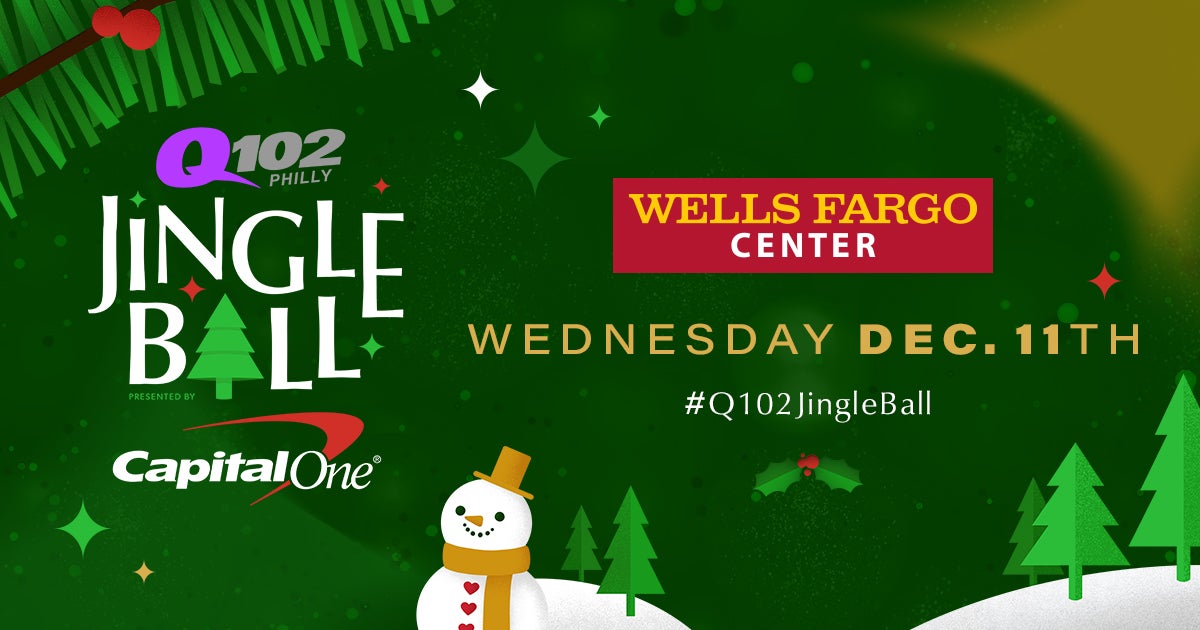 “Q102 Jingle Ball Presented by Capital One has become a staple of the holiday season in Philadelphia,” said Buster Satterfield, Program Director for Q102. “The expectation from Q102’s audience is to deliver the biggest names in music, and we’re confident this year’s Jingle Ball line-up does that. This will be a memorable show!”

Every year, Q102 Jingle Ball gives back to the community to celebrate the holiday season.  This year’s official charity for Q102 Jingle Ball 2019 is the Ryan Seacrest Foundation – $1.00 of each ticket sold will be donated to the non-profit organization, which is dedicated to inspiring today’s youth through entertainment and education focused initiatives.

“The Ryan Seacrest Foundation is excited to team up with the iHeartRadio Jingle Ball Tour for its seventh consecutive year, allowing us to build and maintain Seacrest Studios in children’s hospitals across the country,” said Meredith Seacrest, Executive Director & COO of the Ryan Seacrest Foundation. “Seacrest Studios provides an uplifting and entertaining environment where kids can host their own radio and TV shows, play games, interview celebrities and forget they are in the hospital for a while. We’re incredibly grateful for our partnership with iHeartMedia, which has helped us create one-of-a-kind experiences and bring hundreds of artists to patients nationwide.”

Proud partners of this year’s national iHeartRadio Jingle Ball Tour Presented by Capital One include: Aflac, Cinnamon Toast Crunch, The CW Network, Jumanji: The Next Level and Macy’s. Multimarket partners include American Girl, Delta Dental, Mercedes-Benz and Powercrunch with more to be announced. Q102 Jingle Ball 2019 is also sponsored locally by Bernie Robbins Jewelers, US Army and United States Marines.

For up-to-minute information on Q102 Jingle Ball 2019, log on to Q102.com, keyword: Jingle Ball or listen to Q102 on-air or online via the station’s website, as well as on iHeartRadio.com and the iHeartRadio mobile app.

Q102 is a leading media outlet in the iHeartMedia Philadelphia market with multiple platforms, including its broadcast stations; live events; data; and its digital businesses and platforms, including mobile, social and its own iHeartRadio, iHeartMedia’s free all-in-one digital music, podcasting and live streaming radio service – with more than 2 billion app downloads and more than 130 million registered users. 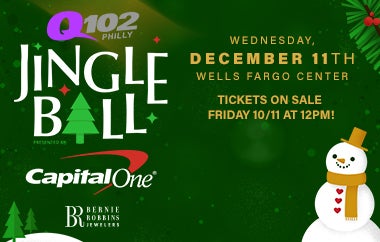