Tickets will go on sale on Wednesday, May 25 at 10 a.m. exclusively through ComcastTIX online at ComcastTIX.com, by phone at 1-800-298-4200 or in person at the Wells Fargo Center box office.

Streisand is set to perform her hits from each decade plus songs from her new album, “ENCORE: Movie Partners Sing Broadway,” celebrating a career of unparalleled creative achievement.  Every ticket purchased online includes a CD of Streisand’s new album, which will be released later this year.

The best-selling female recording artist in history, Streisand partners with some of Hollywood’s biggest stars to sing Broadway classics on her upcoming album. Following the release of her 2014 record-breaking “Partners,” “ENCORE: Movie Partners Sing Broadway” is Streisand’s third and long-awaited Broadway album. Streisand released “The Broadway Album” and “Back to Broadway” in 1985 and 1993, respectfully, both of which went multi-platinum.

With her live performances being so rare and special, the excitement surrounding a Streisand tour is unequaled. Following a 27-year hiatus from live concerts, Streisand’s 1994 world tour garnered a record-setting 5 million phone requests to Ticketmaster and sold out within the first hour. Her shows in fall 2006 broke house records in 14 of the 16 venues in which she played (in the other two arenas, Streisand already held the buildings’ records).

Streisand’s last tour in 2012, BACK TO BROOKLYN, highlighted an emotional return to performing in concert in her home borough for the first time since she was in grade school. Of the first of her Brooklyn shows, which helped inaugurate the brand new Barclays Center, The New York Times praised Streisand’s “spellbinding voice” and noted, “Like few singers of any age, she has the gift of conveying a primal human longing in a beautiful sound.” The Los Angeles Times said she “put the audience immediately under the spell of her folksy grandiosity. Streisand ... isn’t just a star — she’s a world view, a style of being, an entire cosmology, with the highest possible thread-count sheets. You don’t just come for the music; you come for the whole church service. The sermon, broken up into bits, is inseparable from the songs.”

Following a North American run, the tour broke records throughout Europe, and culminated in two spine-tingling performances in Israel, thrilling crowds who “loved her even before a perfectly-pitched note came out of her mouth,” as described by Haaretz, “and every note was, indeed perfect.”

Widely recognized as an icon in multiple entertainment fields, Streisand has attained unprecedented achievements as a recording artist, actor, concert performer, producer, director, author and songwriter. Streisand has been awarded two Oscars, five Emmys, ten Golden Globes, eight Grammys plus two special Grammys, a special Tony award in 1970, and two CableACE Awards – the only artist to receive honors in all of those fields of endeavor. Streisand received the Presidential Medal of Freedom from President Barack Obama this past November. Her many other honors include the American Film Institute's Lifetime Achievement Award, the National Endowment for the Arts Medal, two Peabody Awards and the French Légion d'Honneur. She is also the first female film director to receive the Kennedy Center Honors.

Streisand is a devoted philanthropist who works tirelessly to fight for what she believes in. A woman of action, Streisand founded The Barbra Streisand Women’s Heart Center at Cedars-Sinai, helping to raise awareness and push research into women’s heart disease, the leading cause of death among women. 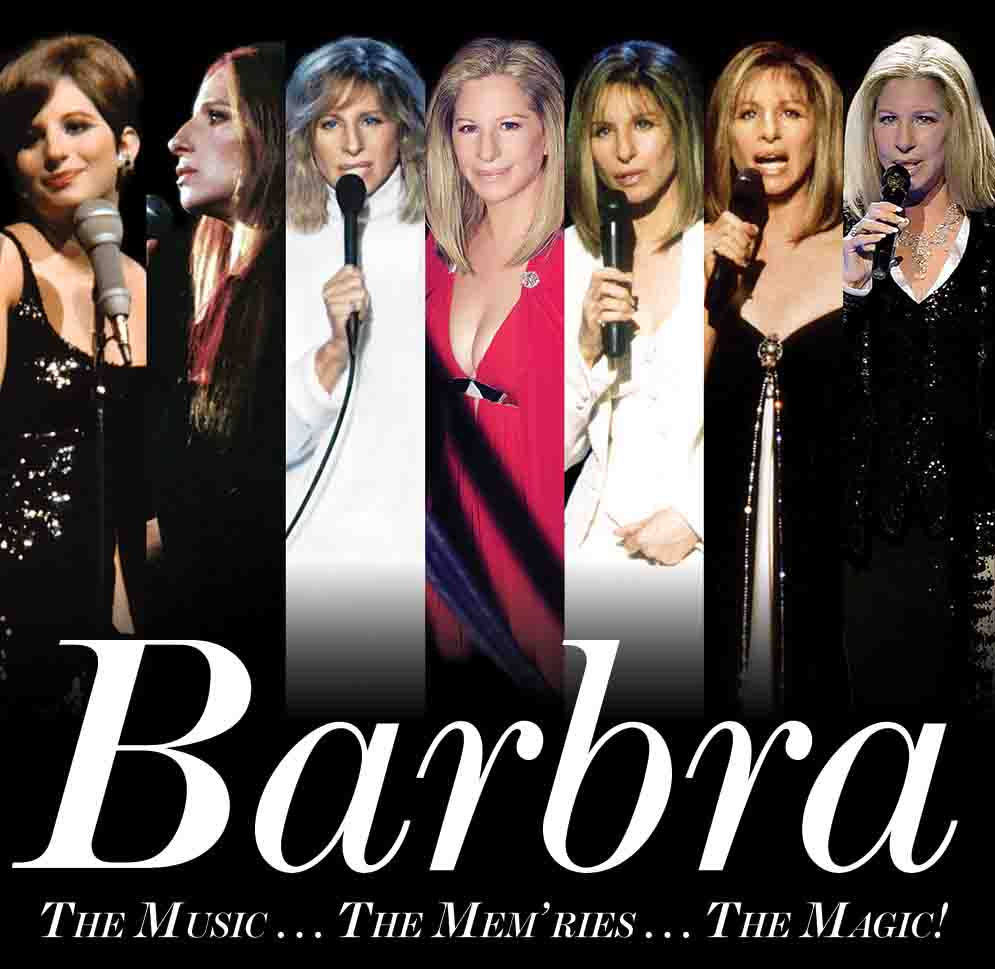