On the heels of her triumphant headlining return to the iconic Stagecoach Festival, 8-time GRAMMY® Award winner and 3-time ACM Entertainer of the Year, Carrie Underwood, announces her new arena tour, THE DENIM & RHINESTONES TOUR, with dates in Fall 2022 and Spring 2023.  The new tour, promoted by AEG Presents, will stop in Philadelphia at Wells Fargo Center on February 22. Underwood will be joined on THE DENIM & RHINESTONES TOUR by special guest Jimmie Allen on all dates. After teasing fans about the impending announcement on social media and on last night’s episode of American Idol, Underwood made the official reveal this morning.

Allen will join Underwood’s THE DENIM & RHINESTONES TOUR as his star continues to rise, following his first GRAMMY Award nomination for Best New Artist in 2022 and CMA and ACM Award wins for New Artist of the Year & New Male Artist of the Year, respectively, in 2021. His third album Tulip Drive will be released June 24.

Tickets for her stop at Wells Fargo Center go on sale to the general public beginning Friday, May 20 at 10am local time at wellsfargocenterphilly.com.  A limited number of exclusive VIP Packages will be available which include an amazing selection of tickets, Meet & Greets, custom merchandise, and much more.  For more information, go to http://www.carrieunderwoodofficial.com

“I’m thrilled to be hitting the road again with THE DENIM & RHINESTONES TOUR,” says Underwood.  “I’m having such an amazing time with my Las Vegas residency and look forward to continuing that next year after the tour. I’m excited to bring the new music of Denim & Rhinestones to life on tour, as well as put new spins on familiar favorites.  We’ve been working hard already preparing an amazing show, and I can’t wait to see everyone on the road!”

Since early in her career, Underwood has designated a portion of ticket sales from her tours to support worthwhile charities and organizations. She continues that tradition by arranging for a donation of $1 from each ticket sold for THE DENIM & RHINESTONES TOUR to be contributed to the Tunnel to Towers Foundation (t2t.org), which has been helping America’s heroes since 9/11 by providing mortgage-free homes to Gold Star and fallen first responder families with young children and by building custom-designed smart homes for catastrophically injured veterans and first responders. The Foundation is also committed to eradicating veteran homelessness and aiding the victims of major U.S. disasters.

Underwood will release her highly-anticipated album, Denim & Rhinestones, on June 10.  The album is her latest collaboration with David Garcia, with Garcia and Underwood having co-produced her critically-acclaimed 2018 release, Cry Pretty, which marked the first time Underwood produced her own album.  Garcia and Underwood also co-produced Underwood’s 2021 GRAMMY® Award-winning album of gospel hymns, My Savior.  The lead single from the new upcoming album, “Ghost Story,” is currently climbing the charts and has garnered over 30M global streams.  The song’s cinematic music video, directed by acclaimed director and photographer Randee St. Nicholas, is available now (Watch Here).

The Denim & Rhinestones Signed CD Box Set and Vinyl Box Sets are available for preorder now, which include an exclusive t-shirt, rhinestone pack, denim tote bag, and album slip mat in limited quantities here. Fans can order from physical retailers here. The vinyl edition will be available in July and a cassette version on August 5.

2022 dates for Underwood’s ongoing REFLECTION: The Las Vegas Residency at the Resorts World Theatre continue through May 21.  The first artist to grace the largest and tallest stage in Las Vegas, Underwood opened the new 5,000-capacity, world-class theatre with a sold-out engagement in December 2021, followed by sold-out runs in March and April 2022.  2023 dates for REFLECTION will be announced at a later date.

Underwood’s most recent arena tour, THE CRY PRETTY TOUR 360, ran in 2019, closing out in the #1 spot on Pollstar’s LIVE75 chart (11/04/19), which ranks worldwide active tours by average tickets sold.  Also in 2019, Underwood performed her UK arena tour, THE CRY PRETTY TOUR UK, which brought her dynamic production and signature vocal prowess to thousands of fans throughout England, Wales and Scotland with five arena shows. 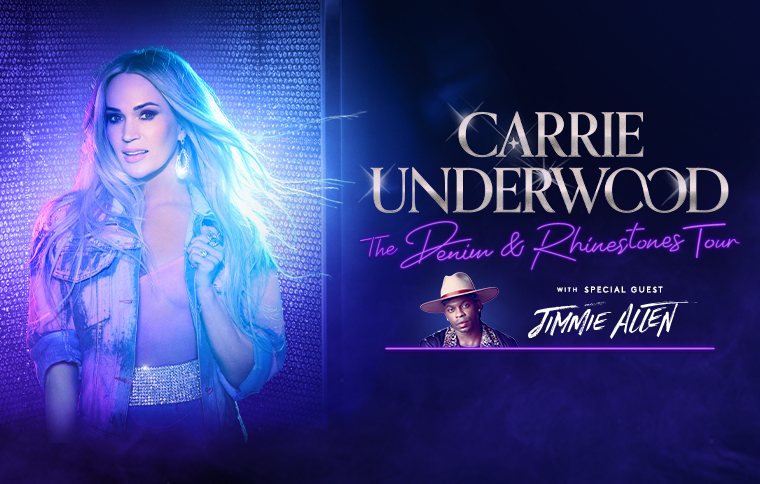