Off the heels of her long-awaited new sophomore album ‘SOS’, music trendsetter and icon SZA will embark on a highly anticipated arena tour this spring with support from Grammy-nominated best new artist Omar Apollo. Produced by Live Nation, the exclusive 17-city tour will stop by Wells Fargo Center on Thursday, March 2. This tour marks the first time the Grammy-award-winning artist is playing venues of this size and debuting her latest album live to fans.

Born in St. Louis and raised in Maplewood, NJ, genre-defying, and GRAMMY Award winning recording artist SZA released her major label debut album Ctrl (TDE/RCA) in 2017. Revered for its raw and honest lyrics, it landed at No.1 on Billboard’s R&B Albums chart, No. 2 on the R&B/Hip Hop Albums chart and No. 3 on the Billboard 200 chart, according to Nielsen Music. The now RIAA-certified 3xPlatinum album received five Grammy nominations in 2018 and more than half the songs on Ctrl are currently certified multi-Platinum and Gold. Ctrl remains on the Billboard 200 chart since its release in 2017 and holds the record for the longest run for any Black female artist’s debut album. In 2022 alone it sold over 600,000 units and is the 10th best-selling female album this year in the country and 50th best-selling album in 2022 overall.

To this day, SZA continues to set the standard on creativity and songwriting, while shattering records with over 7.2 billion streams worldwide across all platforms. To close out the trying year of 2020, SZA gifted fans on Christmas Day with the hopeful track “Good Days.” Grammy-nominated for Best R&B Song, the single quickly became SZA’s greatest gainer solo single release, peaking at #9 on the Billboard Hot 100 chart and marking her first time in the chart’s top ten as the main artist. December 2021, SZA scored her second lead artist top 10 on Billboard’s Hot 100 chart with the official release of “I Hate U,” which debuted at #7. The song also entered at #1 on both Spotify and Apple Music US charts and broke the record for the most streamed R&B song by a female artist on Apple Music in its first week. “Shirt,” her most recent single has garnered over 60 million streams globally since its release in October. SZA’s long-awaited new album SOS includes features by Travis Scott, Don Toliver, Phoebe Bridgers and

Omar Apollo is one of music’s most exciting shape-shifters. In just a few years time, the Indiana-raised Mexican-American singer-songwriter went from teenage strummer to one of the most hotly-tipped rising stars of his generation— most recently honored with a Grammy Nomination for Best New Artist. His debut, critically acclaimed album "Ivory" released in April 2022 featured the Billboard Hot 100 hit "Evergreen" and was supported by 2 sold out North American tours including stops at historic venues like The Greek Theatre, Kings Theatre, and Coachella. 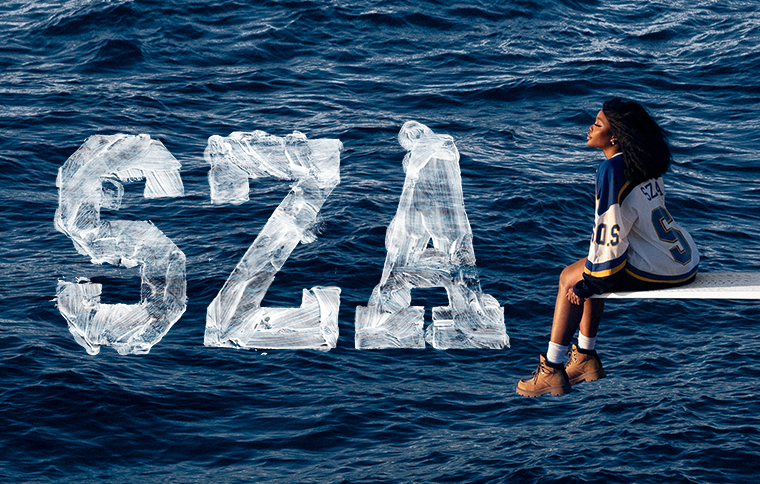