WWE Extreme Rules will showcase the talents of WWE RAW and Smackdown Superstars with main events on the card including: Roman Reigns versus Baron Corbin and a one-on-one battle between Seth Rollins and Drew McIntyre. *CARD IS SUBJECT TO CHANGE* 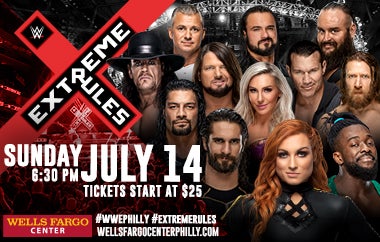